Paragliding history by by Mustafa Rangwala

Mention the Wright Brothers to any aviator worth the thrust under his wings. The only reaction you might get is a twinkle in his eye. A closer gaze into the eyes will betray emotions of nostalgia, joy and most dominantly gratefulness, all at the same time.

On December 17, 1903, the two brothers Orville and Wilbur flew 120 feet and modern aviation as we know it today finally took off. Coincidentally, this flight followed on the heels of a failed test flight on the 14th . Which would have been the 121st anniversary of the first flight by the Mongolfier Brothers . Who invented the hot air balloon. But as destiny would have it, the written-in-the-sky day for the world of aviation arrived three days later. When the two brothers made their first fix winged flight and allowed mankind to live one of its most cherished dreams.

To experience flights just like the avian gymnasts in the sky they had been marvelling at since the advent of mankind. But to liken the flight of the Wright brothers to that of our avian co-inhabitants of this planet is not entirely accurate.

Birds fly off the interaction between their own propulsion. They naturally bred winds and weather systems to gain altitude and master the dynamics of flight. The machine the brothers flew had an engine and did not do so of its own accord.

To find an entity and a date to credit mankind’s tryst with the promise of free flight can be an exercise with merely nebulous results. Of course, as legend would have it. Icarus grew his own wings and flew higher than any bird known to man. In hindsight, a little too high and a little too close to the sun for his mythical invention to have had a lasting impact on the history of aviation. But well before the Wright brothers made their name. A certain type of wing had introduced the pleasures of the sky to man already.

Starting in the 1880s a German engineer answering to the name of Otto Lilienthal. Invented what we today call the hang glider. His design was further developed and bettered by Gertrude and Francis Rogallo. A husband and wife pair who gave the world of aviation the modern hang glider. At the same time, another revolution was getting its feet off the ground, gradually but surely. This flying device was a flexi-wing made of non-porous fabric and had evolved from the parachute. It’s called the paraglider.

The paraglider employs what in modern engineering is called the ‘ram-air airfoil”. This wing has a dual-layer structure of fabric . With the two layers being connected by a series of cells that are open at the front. The frontal openings allow incoming air to keep them inflated which in turn allows the canopy to keep its shape.

It was in 1952 that a certain Domino Jalbert incorporated cells into a parachute to allow for greater governance of glide paths. The path he set on was further advanced by Pierre Lemongine. Who created a parachute with cut-outs at the rear and the sides which for the first time enabled a canopy to be towed into the air and steered too.

It was only in 1957 that Domina Albert invented the “Parafoil” . That has become the basis for all modern paraglider designs. He patented his invention in 1963.

Setting in motion a whole series of events that have allowed mankind to realise a long-cherished dream. The one of being able to fly off one’s own propulsion.

While Monsieur Lambert gave us the device. Its full potential was realised only across the Atlantic by a bunch of Englishmen led by Walter Neumark and some Frenchmen. Of course, because they were French they were a trio by the names of Athos, Parthos and Aramis. Just kidding. These flying musketeers were Jean Claude Betemps, Andre Bohn and Gerard Bosson. These wonderful men pushed the parafoil to its fullest limits. In turn discovering a whole new way of flying, or you might say flying in its truest and purest form.

Mountaineers based in the French Alps, they started jumping off summits. Much like nestlings spreading their wings for the first time and taking the aerial route for their descents. Their techniques and experiences were documented by authors Patrick Gilligan and Bertrand Dubuis in 1985 in a book called “The Paragliding Manual”. Thus, was born the term paragliding. 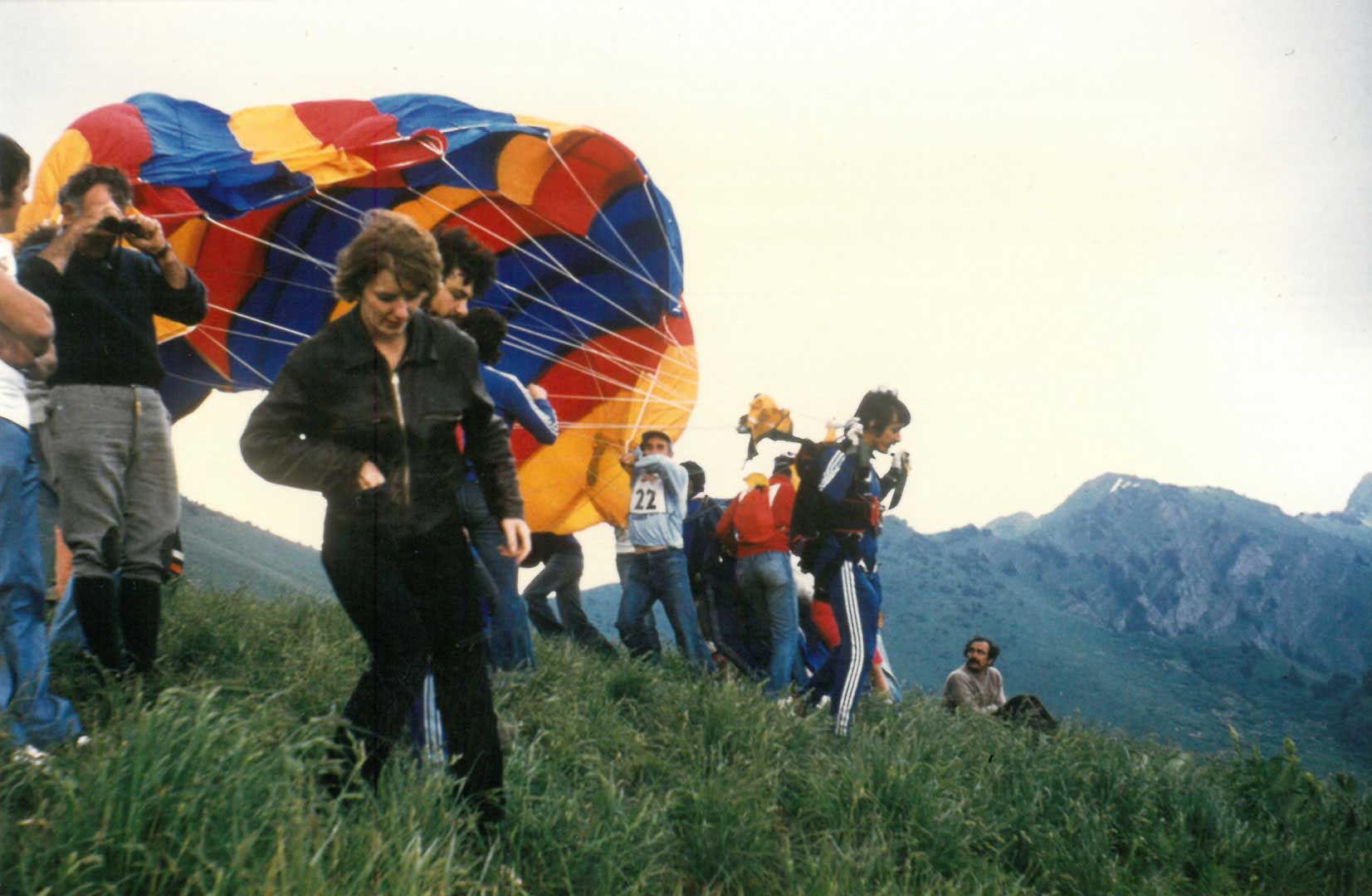 But that’s merely the history of this sport. To the ones in the know it has still barely stretched its wings in the big blue sky. Continuing advances in the technology and making of gliders promises a far more compelling future than most other adventure sports today. Gliders today are safer, more stable and incredibly forgiving of pilot error compared to any other point in their short history. At the same time, teaching and training techniques have soared equally high. Making it a safer and more accessible sport to aviation junkies across the world and not just Europe and North America.

As far as India is concerned. The eye of the paragliding storm is firmly entrenched in the Kamshet area in Mahrashtra near Pune. Blue skies all year round except for the monsoon. The perfectly hilly terrain of the Sahyadris and thanks to the pioneering spirit of a few good men, this little town has churned out more pilots than any other part of India.

Avi Malik, founder and chief instructor at Temple Pilots. One of India’s premier paragliding schools has this to say about his initiation into the sport. “Man’s ambition to fly has driven paragliding technology to the point where flying is as easy as driving a car. The only thing I cannot fathom is why don’t more people fly when it is so easy to do so”.

Clearly the most iremarkable progress has been made in the safety aspects of the sport. Beginner level gliders are designed more from a stability and safety point of view. Thereby allowing rookie aviators to develop their skills in the sky and understand all the dynamics that govern this sport. Of course, as a pilot progresses along the learning curve he can fly with gliders that accommodate for greater skill levels as well as the demands of further. Higher and maybe even acrobatic flights. Having taken care of the safety aspect the vanguard of the sport is now focussed on turning this adventure sport into a mass participation one.

Eventually though, the true ambition lies in taking off from the realms of sport and gliding into a realm where the sport also answers to the needs of personal transport on a mass basis. While externally propelled forms of transport have reached the Moon, Mars and frontiers beyond. Paragliding can become the answer to mankind’s needs for a method of transport. That thrills as much as it takes care of the planet that the skies are a part of.

Streets in the sky

While the carbon footprint from the manufacture of the canopies will be worked upon, there’s merit in looking at paragliding as more than just a form of flying. Just like bicycles are coming back into the common consciousness around the world, this sport can one day serve many of the purposes that a bicycle, car or train does with the added thrill of doing so like a bird. It might take a while but its more probable than just possible.

As glider research delves deeper into making it more proficient on using all available wind resources, we can truly dream of the day when a child will first learn to walk, then run and as a natural progression learn to fly. Like the sky, the possibilities are endless. Solar powered helium injectors under the wings for places and times where the wind plays truant or a network of solar powered lines constantly bubbling with hot air geysers are not faraway dreams.

Just like the ability to fly once seemed a distant mirage that was eventually reached, so will paragliding land on a point in time when it will be the preferred mode for a run to the grocer or the daily commute to work. Mars has been conquered. A select band of people in the meanwhile are working to conquer the still unpaved streets in the sky.

Disclaimer: All images are copyright in Paragliding history to their respective owners. No Copyright infringement intended . For Image related queries reach us at fly@templepilots.com 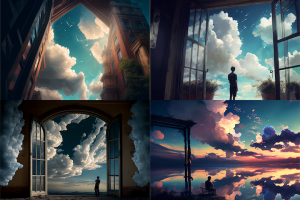 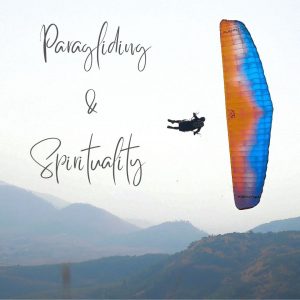